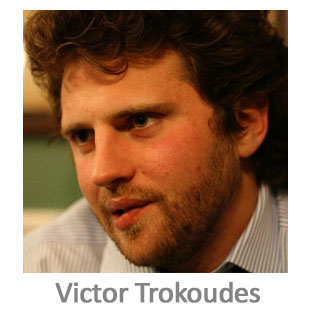 Victor heads up Banking and International Development at TransferWise in their HQ in London. Victor is responsible for the expansion and growth of TransferWise in all new geographies. In the four years since TransferWise launched, the business has transferred over $3.5bn worth of customer money and it continues to grow at a rapid pace.

Prior to TransferWise, Victor worked as a trader at Morgan Stanley and went on to launch a small trading fund, Island Cap, which has since been wound down.  Victor has an avid interest in payments in general and is also involved in mobile payments sector as a founder and director at Bluebird Global an Ipad POS distributor in London . Victor holds a BA in Economics from Harvard University (2008) and an MBA from INSEAD (2012).

TransferWise is a peer to peer international payment company. Transferwise has raised $91mm from Peter Thiel (Founder of Paypal first investor of Facebook), Sir Richard Branson and Andreessen & Horowitz( founders of Netscape). TransferWise is operational in the UK, Europe, USA and Australia with many more markets coming.