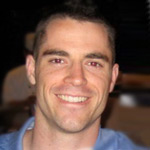 Roger is the CEO and founder of MemoryDealers.com. With an educational background in economics and computer science, Bitcoin caught his attention in late 2010 and he has been a devoted promoter of Bitcoin and the benefits of Digital Currencies as a technological advance that can greatly enhance the free flow of payments around the world. Roger has invested in numerous Bitcoin related startups and fondly believes that there are numerous ways that Bitcoin will change the world for the better..