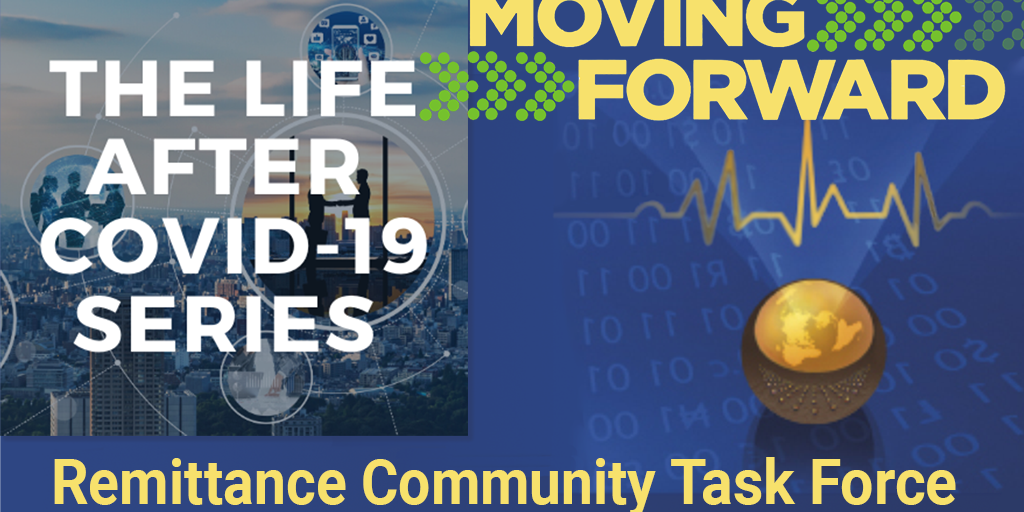 Update on the Remittance Community Task Force – RCTF: The Private Sector – As you should know by now, especially if you read our first article on the Remittance Community Task Force (RCTF), this is an initiative created by IFAD from a UN mandate, to get all the stakeholders in the money transfer sector to bring issues that the current pandemic has made “critical” and have impacted the ability of the private sector to provide remittance services. We had a virtual roundtable this week and we want to continue receiving your feedback in this PNET FORUM.

At the PNET Virtual Roundtable (VRT) last week, Leon Isaacs, who is leading the private sector workstream of the RCTF, explained the vision behind the work that has been undertaken by this workstream that I am also part of. The timing is very short with regards to the private sector presenting proposals which can be operational, financial, regulatory, provision of services, help for customers, etc.

Since the first draft is due next week and we need information by next Tuesday, May 5th, in order for the workstream to present a document to the RCTF by Friday, May 8th, we need private companies or active national industry associations to come forward with proposals and contribute. Even though the objective of the RCTF is to bring urgent proposals that need to be addressed quickly, the RCTF understands that other proposals need to be addressed in the short term, medium-term and even long term. We have many times discussed the changes that we as an industry we need and this is the time to come forward. Even if time and time again we have presented those ideas to international agencies & governments with no or very little success.

Some of the proposals coming in can be summarized as follows:

There is a growing consensus that the movement to digital will speed up with COVID-19. The volume drop has impacted less the digital operators who are seeing drops of 15-20% where the agent-based MTOs have seen their volume drop 25%-35%. I have had many calls of companies wanting a digital solution, from understanding the need to replace their legacy systems, to all types of possibilities that are opening up with fintechs.

Some agent networks, especially companies where their branches act as agents of MTOs, have complained of the neglect of operators in including them in their digital plans. These chains are not only agents of MTOs but also agents of other services they provide for migrants & the unbanked. The “cut the middleman” approach of MTOs and the digital approach of just finding ways to displace agents, is moving some of these agent networks to look for solutions available with novel white-label fintechs. They are doing this move with other services, why not remittances. The trusted agents can provide a way of, instead of being digital nay-sayers to be digital promoters if they have something to gain in that shift. As I become much more involved in these solutions, I will write soon article on this subject soon.

In our private sector workstream of the RCTF we also hope to hear from the fintechs, not only the ones that are specifically involved in remittances, but also others who are including remittances as part of their apps and customer service offerings. Some fintech associations are very active and have made a number of regulatory proposals to move forward (i.e. sandboxes) and we hope to have their voices heard now.

Proposals from the MSBA and the GSMA

At the PNET VRT, Kathy Tomasofsky. Director of the US Money Services Association, MSBA, mentioned how the MSBA has been active in getting all US states to declare remittances as an essential service (except New Mexico she informed). We expect the MSBA to come forward with proposals from the US MTOs.

Mr.  Saad Farooq, Sr Manager Advocacy at the GSMA, the association of Mobile Money Operators,  which is a member of the private sector workstream, has shared these documents where the GSMA proposals are laid out: Mobile money recommendations. More information here: Eleven Regulatory Recommendations.

Mr. Daniel Trias, a consultant for CIASEFIM, a group formed by the MSB associations in South America (ABRACAM-Brazil, CADECAC- Argentina, ACCP-Paraguay, and CESFUR-Uruguay) to tackle together regional issues, is meeting with the group so we can hear the proposals coming from the region.

We want to thank the 64 participants at the VRT on Thursday and for the many questions they raised, some of which were answered during the VRT, some of them were not. But since the discussion does not end there, we have posted some Q&As at PNET VRTs Forum. Sign-in to PNET to view (or create your account) and participate in the discussion. We have posted Q&As from M Hassan, Prakash Venkataramani, Stephan van der Mersch, Javier Buitrago, Alain Nkurikiye, Nestc and others. Continue the discussion!