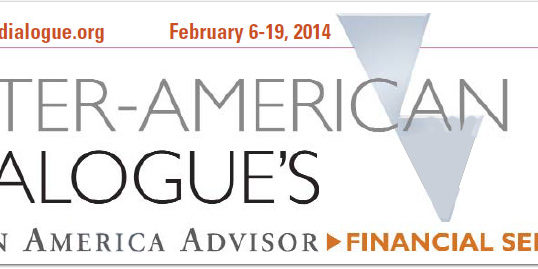 Manuel Orozco: ” The reasons for this level of growth are associated with problems related to U.S. migration policy, demographics and slow economic growth in Spain and Argentina. Spain’s economy has not recovered, and immigrants are facing increasing hurdles to finding work. In fact, unemployment among Latin American immigrants was over 35 percent last year. In the case of Mexico, two factors have affected remittance sending in particular. The first is continued deportations, and the second is a decline in earnings among undocumented Mexican immigrants. The number of undocumented migrants with lower earnings has increased.

Earl Jarret: “Jamaica’s remittance data indicates that inflows for January to November 2013 amounted to $1.87 billion, a net growth of 2.9 percent over 2012; while outflows were $219.9 million. A closer examination of the Jamaican economy shows that the IMF EA’tended Fund Facility, implemented last May, has, among other effects, led to a devaluation of the Jamaican currency by 8.5 percent. Historical studies reveal that the currency’s devaluation tends to affect remittances by reducing the volume of transfers in U.S. currency.”

Mario Trujillo: “Remittances (and families) have suffered significantly since the Great Recession. While the unemployment rate has declined in the United States (mainly due to a drop in the participation rate), the economy continues to experience an anemic employment-based recovery. In addition, other factors are preventing remittances from improving further. These include a lack of immigration reform, increased inefficient regulatory and compliance oversight, and banks exiting the business not only for immigrant related services, but for all services for people who are under-banked. In Mexico alone, HSBC, Banamex and many other banks, will not handle cash remittances and have been closing consumer accounts.”

Hugo Cuevas-Mohr: “The money transfer market in Latin America is shifting in a number of ways. Take Brazil and Bolivia. Inbound remittances to Brazil are slightly declining even if more remittances are moving to formal channels, but outbound remittances are increasing in double digits. These outbound remittances are going mainly to Bolivia, but also to Paraguay, Colombia and Peru. With Mexico, the decisions of Banamex to move away from the remittance business and Bancomer to limit amounts has impacted the market. But that doesn’t explain it all. Migratory policy in the US has had an effect on Mexican migrants.”