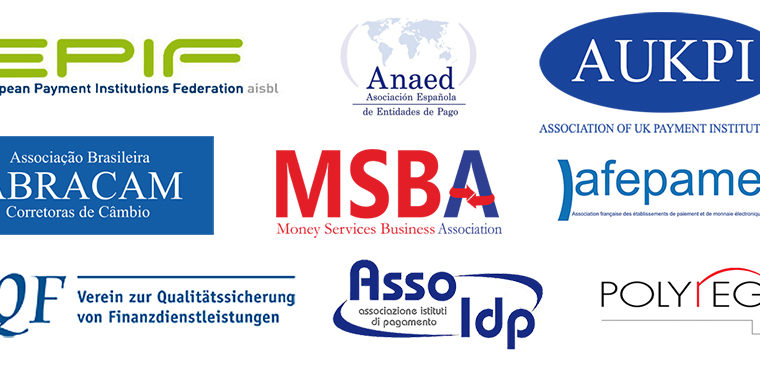 The International Money Transfer & Payments Industry is at the crossroads between a much needed service that we provide to millions and millions of people around the world (family remittances, bill payments, airtime) and the payment rails, controlled by banks, that are going to extreme measures to stop providing account services to the financial services institutions that make up the bulk of the industry. Yes, banks are themselves in the crossroads between misplaced competition concerns, unwarranted risk management practices and persistent (and inconsistent) regulatory pressure and the fear of fines hanging, like a sword of Damocles, over their heads.

The Bank Discontinuance issue has been going for a long time, about 10 years more or less. Since in the beginning compliance concerns were used as the reason for closures, the financial services companies felt it was better to keep quiet. The idea that banks were “believable” in their reasons kept everyone silent; the risk of coming out to complain was not worth it. Recently, commercial banks decided to shot out the whole industry; de-risking became a common word and a common practice. At the same time specialized banks serving the industry were told by regulators to stop opening new accounts or closing accounts of companies serving high-risk corridors. Some brave banks are beginning to open accounts strengthening their compliance programs and working with their clients to raise standards.

The industry finally started to become vocal in 2015 and several organizations, like the World Bank and others began to pay attention and the media has taken notice. Several regulatory bodies in many countries issued statements insisting that banks had to use a risk-based approach on a one-to-one basis, a client at a time. In several countries the industry went to the courts and in Spain, New Zealand and lately in the Philippines, important victories have been claimed and closures have been halted by court order.

Is hard to convince regulators and banks (and payment processors too) that we are all in this together. We all want the same: transparency, controls, monitoring, sound information. Nobody wants transactions to flow under the table; it’s bad business for everyone. We just need to organize the table above where we all sit around and work together.

As an industry we are not strong, we lack representation, we don’t tell our story. We don’t even get the credit we deserve for providing a service that helps families everywhere. The stories of large fees to poor migrants overshadows some of the amazing creativity of companies to make remittances reach the recipient families in every corner of the world. The amazing growth of mobile money operators now providing financial inclusion to millions and making remittances reach every mobile phone in the planet is fantastic. New digital models are using up-to-date technology and fintech is contributing to brighten up the future. Partnering with money transfer operators (MTOs) is the new norm but some new companies are becoming MTOs themselves.
As an industry, our trade groups are weak. We are scattered, too diverse, heterogeneous, we have the same shortcomings migrant groups have: engulfed in fears, anxiety, making huge efforts to fit in but not quite making it, trying to belong but never truly achieving it. The large, more corporate companies fear that the smaller companies might tarnish their image; the smaller, more ethnic companies distrust the intentions of the large corporations. As an industry we need to support our associations and trade groups if we want to make our voices heard.

The International Money Transfer & Payment Conferences is a Forum for everyone that is in any way connected to the industry. We make huge efforts to connect all ends of this industry providing a space to network, meet, know each other, understand, envision, partner, grow. We want to empower the industry and realize the strength it has in numbers, services, products, technology, professionalism. We are a niche of the financial world, a specialized sector that has its own needs and for that reason we have developed our own compliance certification course, led by ex-FinCEN director Connie Fenchel. We have developed our own Money Transfer Systems Course to teach regulators, bankers, policy makers how the industry works, from top to bottom. We have developed MTBIT, to welcome Blockchain entrepreneurs to show their ideas and learn from the industry and each other.

We are partnering with industry-representative associations and trade groups everywhere to help them grow, get more members, create more engament and become more visible. We partner in IMTC BRASIL with ABRACAM, the Associação Brasileira das Corretoras de Câmbio. We partner in IMTC USA with the MSBA, the recently formed Money Services Business Association. We partner in IMTC EMEA with ANAED, the Spanish National Association of Payment Institutions.

ASSOCIATIONS MEETING in Barcelona – May 18

And we were very honored to host an ASSOCIATIONS MEETING in Barcelona last week, on May 18, when five associations met with the purpose of getting to know each other, to share their vision and their short and medium term issues they are facing and to find ways to collaborate in the future. The associations that I named above, ANAED, ABRACAM and the MSBA were joined by AUKPI, the Association of UK Payment Institutions and EPIF, the European Payment Institutions Federation. I felt that it was a great meeting myself. Each association shared their history and the Bank Discontinuance and De-Risking issue was at the top of everybody’s list and even after statements from European and US regulators the problems continue. ABRACAM asked each association to help them in the fight against the parallel market and to make sure their members are avoiding the temptation to offer the parallel market in order to offer better exchange rates and draw more volume. All associations made a pledge to continue the contacts to make a common world alliance. A list of associations from more than 20 countries was drawn in order to establish contact with all of them.

We are inviting all associations to contact us. One delegate for every association worldwide will be invited to IMTC WORLD 2016 in Miami, Nov. 8-11