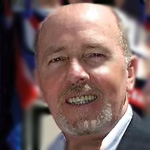 Gary is the President & CEO of Debit Plus, LLC wich was formed in May 2013 to acquire technologies and specific assets of the Cash America owned Debit Plus & Debit Plus Technologies companies within the U.S. and Mexico markets. This now privately owned company continues to focus on enabling viable credit solutions for the Under banked and Unbanked global markets.

His path in the Payment space is long and successful. He is Executive Director & Co-Founder of MIQRO, LLC in Kansa City, MO. mIQro, in conjunction with its Bank and Processing partners, offers U.S. retail merchants immediate access to emergency credit, from as little a hundred dollars up to $3,000. The program “mIQro money” is a unique credit program designed to aid smaller merchants who have difficulty securing revolving credit lines and often face emergency cash flow shortages.

He was responsible for a product launched in the U.S in early 2007 under the “iAdvance” credit brand offered by Metabank through leading card program managers including AccountNow, NetSpend & Jackson Hewitt, Advance became a major force in the market and won the New Product Award at the annual Prepaid Card Industry Convention. In 2011 under the ownership and control of Cash America, Debit Plus entered the Mexico market.