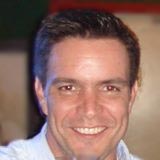 Fabio is the Manager of Remittances Desk and Products at BANCO PAULISTA S.A at their Rio de Janeiro Office since 2011 when he decided to return to Brazil. Previously he was the General Manager of Brazilian Operations at Viamericas Corporation, a US Money Transmitter in Washington, D.C. for a year, after moving from Pontual Money Transfer in California where he worked for over six years as the CFO, BSA/AML Compliance Officer.
He worked at Stevens First Principles Investment Advisors, a wealth management and investment advisory firm as their VP, Senior Research Analyst and Portfolio Manager (2000 – 2003) and at Banco Pactual as an Asset Management Analyst (1996 – 1998).
He graduated from the Universidade Federal do Rio de Janeiro in 1996 in Industrial Engineering, then he got his MBA in Finance from the Ibmec Business School in Rio and later in the US he studied at the University of California in Los Angeles, specializing in Finance.