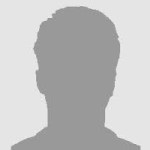 Detective Caraballo is a 23-year veteran of the Phoenix Police Department with 19 years of investigative experience. He is also the Auditor & Unity Program Manager at the Southwest Border Anti-Money Laundering Alliance. Detective Caraballo currently holds a bachelor’s degree in Occupational Education from Wayland Baptist University in Texas and a Master Degree in Educational Leadership from Northern Arizona University.

For the last 8 years he has been a member of the Arizona Financial Crimes Task Force. During that time has been involved in many complex money laundering investigations targeting human and drug smuggling organizations that operate on both sides of the border. In 2011 he was part of a team of investigators involved in the technical investigation that has come to be known as the Calexico/Mexicali money laundering group. That investigation targeted the money component of several narco-trafficking groups operating in the Republic of Mexico. These groups utilized national and international banks in the United States as well as Centros Cambiarios and Casas de Cambio in the Republic of Mexico to funnel their illegal proceeds out of the United States and into accounts controlled by the narco-trafficking groups.

Prior to his assignment at the Drug Enforcement Bureau, Detective Caraballo spent 11 years assigned to investigative positions in numerous details throughout the Phoenix Police Department. Those assignments allowed him to participate in investigations ranging from, Homicides, to sexually related crimes.