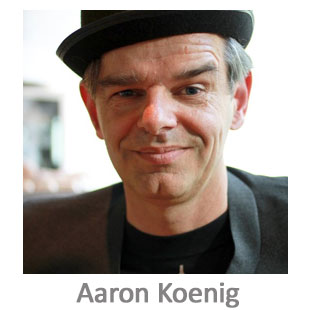 Aaron is a media entrepreneur from Hamburg, Germany, and currently lives in Berlin… and various other places. He is the founder and organizer of Bitcoin Exchange Berlin (BXB), Europe’s first in-person Bitcoin exchange. Interested in Austrian economics and monetary systems for some years, Aaron has blogged about Bitcoin since June 2011 and recently published his book “BITCOIN – Geld ohne Staat: Die digitale Währung aus Sicht der Wiener Schule der Volkswirtschaft” which translates as “Bitcoin – money without a state: The digital currency from the Vienna School of Economics point of view“.

He is also the managing director of Bitfilm Networks GmbH, a production company that creates short animated films for clients, some of them Bitcoin startups, documentaries and has just launched seed funding for the first bitcoin-themed feature film, “Satoshi’s Last Will”, a live action Bitcoin Sci-fi. He expects that with several rounds of crowdfunding and even public money if needed, he will raise the US 2 million he needs for his venture. For more on the film: http://bit.ly/1Ge8mvd

Aaron also serves as the General Secretary of the Global Bitcoin Alliance, a decentralized network of non-profit organizations that promote Bitcoin and is a speaker on conferences on Bitcoin and alternative payment systems.

Aaron holds a Master in Communication from the University of the Arts Berlin. He has been working in the professional Internet industry since 1994.