MTBIT – our Remittances & Blockchain Day at IMTC, is an open forum (by invitation only) where Blockchain-based protocols such as Bitcoin, Ripple, etc. will be discussed in a Roundtable setting moderated by Hugo Cuevas-Mohr. Panelists will introduce a range of practical subjects mostly directed towards emerging money transfer & remittance systems based on the new protocols that cryptocurrency systems such as Bitcoin, Ripple, etc, are bringing to the international money transfer world. We have invited experts from companies and start-ups that are challenging traditional remittances methods in Europe, Middle East, Africa & Asia. If you want to participate GET INVITED

The Money Transfers & Remittance Industry converges on the IMTC stage which is at the center of the cross-border money transfer revolution. With so many new developments in the payment space, IMTC will keep you current and up-to-date, offering a vibrant networking environment for all industry representatives.

We are very proud to present our first Europe, Middle East and Africa International Money Transfer Conference in the beautiful city of Istanbul, at the crossroads of East and West, and are thankful to the sponsors who have made this possible and to the speakers & attendees joining us.

Much has been talked about the enormous potential of blockchain protocols as a money transfer & remittances tools even though there were no concrete examples to show. That has changed in 2015. Companies are being built and will sooner or later become a vital part of new international money transfer systems that can include the traditional remittance companies if they learn, adapt, innovate partner and evolve. The blockchain technology behind bitcoin and other cryptocurrencies can be a secure & cost-efficient digital money system that will undoubtedly bring a number of changes to the way we transfer value internationally. Rebittance Companies are moving remittance in a number of corridors. The Ripple Network has already being implemented by Banks & Forex Companies in different geographies and even Western Union is looking at it. All these innovations will become a reality in a not so distant future. Regulation is slowly making the ecosystem more dependable and safer. Compliance and KYC will be even easier than is today. That is why we at IMTC think that it is important to learn, to listen, to analyze and to create partnerships between the old and the new to find better ways to move forward as an industry. That’s why we developed MTBIT.
MTBIT is the forum to discuss these innovations, to explore the possibilities and create bridges now. The future is now. Participation in MTBIT in Istanbul is free but you must be you must be Invited!. Very few spaces left. Fill the form now.

The MTBIT Day will be in English only. Upon completion of the day, participants will receive an IMTC’s MTBIT Day Participation Certificate. In the afternoon author Aaron Koenig will present his new book “BITCOIN – Geld ohne Staat: Die digitale Währung aus Sicht der Wiener Schule der Volkswirtschaft”- translated as “Bitcoin – money without a state: The digital currency from the Vienna School of Economics point of view“. Aaron will also discuss “Satoshi’s Last Will” a full-length Bitcoin Sci-fi Movie that he is producing. To raise the US$2 million he needs to make this movie, Aaron will be relying on seed funding, Bitcoin investors, several rounds of crowdfunding and even public money if needed. See more here. 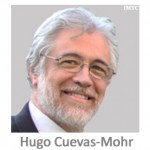 We are creating an agenda where presentation and panel ideas are welcome. We invite companies and individuals that can bring value to others and are willing to share knowledge and develop partnerships to make Bitcoin Remittances a reality. Get Invited!

This document aims to bridge the understanding gap between the Money Transfer & Remittance Industry (MT&RI) and the blockchain revolution, as new international money transfer alternatives appear in the horizon. With MTBIT we believe that a better understanding will help create the partnerships and alliances that will move the industry forward.

You can pay online using a credit card in ruros or in US Dollars or pay with an International Wire Transfer (in USD to our US Bank Account, in Euros to our European Euro Account). We are accepting Bitcoin Payments too. You can register to the Conference only, attend MTBIT or both MTBIT and the Conference at a discounted price. You might also Get Invited! if you qualify.

The sooner you REGISTER, the more you save!

CHECK FEES IN US DOLLARS

We offer an automatic 15% off for a second and third registrants from the same company. Four or more attendees, please contact us. We also have discounts for Members of certain Associations, Government, Academic and NGO employees, students and unemployed MT industry professionals; members of start-ups, young entrepreneurs, attendees from Low-income economies and attendees from Turkey also qualify for discounts. You might Get Invited! if you qualify.