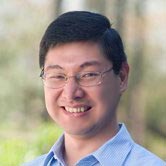 Dr. Nakane has been a Professor of the Department of Economics of the University of São Paulo for more than 20 years and coordinator of the IPC Foundation Institute of Economic Research. For the last 5 years he has coordinated a number of projects and has written a number of documents on the Brazilian Financial Sector for Tendências Consultoria Integrada.
He was the CPI Coordinator for FIPE – Fundação Instituto de Pesquisas Econômicas and an analyst and consultant in the Department of Studies and Research of the Banco Central do Brasil.
Has published several articles in conjunction with other authors in international and national journals such as the Journal of Banking and Finance, Monetary, Journal of Monetary Economics, Economic Studies and the Center for Global Development with publications such as Bank privatization and productivity: Evidence for Brazil (2005) , The reaction of banking lending to monetary policy in Brazil (2005), A test of competition in Brazilian banking (2008), Policy Innovations to Improve Access to Financial Services: The Case of Brazil (2012).
Dr. Nakane holds a Bachelor’s (1986) and a Master’s (1993) degree in Economics from the Universidade de São Paulo / USP and a Ph.D. in Economics from the University of Oxford (2004).