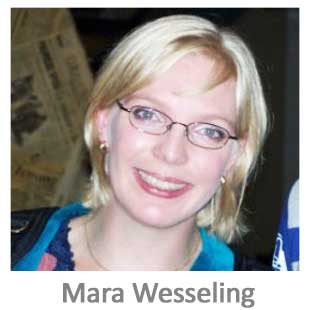 Mara is currently a Post-Doctorant Researcher at the Centre de Sociologie des Organisations in Paris France. She is involved with the “HowSAFE Project” (How States Account for Failure in Europe), codirected by Olivier Borraz. HowSAFE is exploring the institutional factors driving, shaping and constraining the application of risk-based approaches to governance in four countries (France, Great-Britain, Germany and the Netherlands). Prior to that she obtained her PhD in Political Science from the University of Amsterdam with a dissertation entitled “Governing The European Fight Against Terrorism Financing“, thesis supervised by Marieke de Goede. Mara has worked with the European Institute of Public Administration in Maastricht, the Netherlands, in the field of the EU Justice and Home Affairs policies.

Mara has lectured extensively in different European Universities, Research Centers and Government Institutions such as the Institut d’Etudes Politiques in Lille, France, the European Institute of Public Administration in Maastricht, the Netherlands, at the Ministry of Foreign Affairs in The Hague, as well as the French Embassy in The Hague and the Dutch Embassy in Paris.

She has been a visiting researcher at Durham University (UK) and obtained her Masters in International Relations at the Centre de Sociologie des Organisations in Paris (with a thesis on the role and function of the EU Counter Terrorism Coordinator) and another Masters from the University of Amsterdam in Political and Cultural Geography (with a thesis on the coordination of EU Counter Terrorism Policies).

Her language skills make her proficient in Dutch, English, French, Spanish and German.