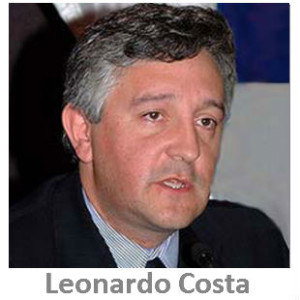 Leonardo Costa Franco is  a  Doctor  of  Law  and  Social  Sciences  and  received  a  Masters Degree in International Taxation Law from Harvard University 1998. He has been a Consultant for the Inter American Development Bank, several Central Banks in South America as well as a consultant for Kroll and several other auditing and compliance firms. Working as Under-Secretary of the President of Uruguay, he represented Uruguay in the Board of Authorities of GAFISUD. He has been a Professor of International Taxation Law and Financial Law at the Universidad Católica del Uruguay. He has participated in many conferences and he is frequently interviewed by journalists as he is considered a very influential figure in financial regulations reforms in the region.