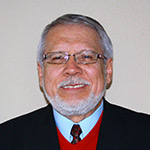 Jorge has over 30 years of experience in the compliance, business, audit, and systems fields in the financial and the retail industries. After being Systems Audit Director for IXE Bank, Jorge joined Dolex in the US as the Compliance Director and later on he also was responsible for Spain and Mexico’s AML paltform. In 2002, he became a member of the AML Subcommittee for the MTRA and in 2004 for the MSB task force of ACAMS. He has been a speaker in ABM, ACAMS and IRS conferences as well as the Arizona Attorney General’s Office. In 2005 and 2006, he took part in the Spain and US FATF evaluations. He has been a trainer for the IRS and the DEA for training events in 2010 and 2011. In September 2010, he founded Fortu, Inc. an AML consulting firm based in Texas.