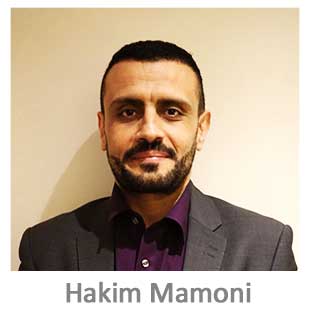 Hakim is a bitcoin enthusiast turned bitcoin evangelist actively promoting global acceptance of bitcoin in society. He is the Cofounder and CTO of Seedcoin.

Hakim loved technology since he was 15 when brought in front of a computer for the first time, a TRS-80. Between 1993 and 2004, he worked in the world of banking & capital markets developing software applications for several investment, commercial and central banks in England, Luxembourg, France, Greece and West Africa, such as Central Bank of Luxembourg, Deutsche Bank, Commerzbank, Banque Nationale de Paris, Nordbanken, Bank of England, Central Bank of Greece, Tata Consulting, Yasuda Life, TIBCO, Central Bank of West Africa and Moore Capital.

In 2005 he decides to travel the world and eventually settles in Chengdu, China where he founded WorldBridger Ltd., a company created with the goal to provide mobile services to empower people to communicate across the language divide. One of its products, the Djini app, has been touted by individuals as the best in its class for travelers in this city.

Back in Europe, Hakim encountered Bitcoin in late 2012 and in June 2013 he founded DealCoin, an In-Person Bitcoin exchange platform. In August 2013 he Cofounded Seedcoin, the world’s first seed-stage Bitcoin startup virtual incubator. The objective of Seedcoin is to incubate and fund the creators of crypto-currency related products and services such as exchanges, payment solutions, applications, hardware, smartcards, wallets, and guide them through the first key stages of their development.

In 1993 he graduated from Ensae ParisTech as an Engineer with emphasis in Financial Mathematics, Economy, Econometrics, Statistics, and Probability. Out of college he worked for JP Morgan and Bloomberg.