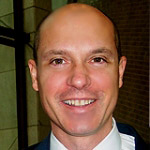 Fausto is one of the most renown Brazilian judges for his courageous fight against organized crime, corruption, tax evasion and money laundering.

He became famous for his performance in several controversial cases, especially for the Operation Satiagraha and the subsequent public dispute with the Supreme Court Judge Gilmar Mendes. He also made the headlines with the overseas arrest warrant for Carlos Tevez’s advisor Kia Joorabchian and the freezing of Club Corinthians bank accounts over money laundering allegations. Carlos Tevez is a controversial Argentinian soccer player, now in the UK.

Fausto graduated in Law from the FMU, is a specialist in Civil Procedural Law at the University of Brasilia, PhD in Criminal Law from the University of Sao Paulo and professor at the University of St. Jude and the National Institute of Graduate Studies (INPG). He specializes in legislation to combat money laundering and white-collar crime and has written many books on the subject. He was responsible for the arrest of the banker Edemar Cid Ferreira, the entrepreneur Ricardo Mansur, the “doleiro” Toninho da Barcelona, Juan Carlos Ramirez megatraficante Abbey, and in the Operation Satiagraha of the banker Daniel Dantas, the investor Naji Nahas and former Sao Paulo Mayor Celso Pitta.

After spending a year in the US where he lectured on Brazilian Money Laundering cases, wrote a book on Money Laundering through Art, he returned to Sa Paulo rejoining his career in the judicial system in the country as a Federal Appellate Judge at Federal Court of Appeals – 3rd Region (Sao Paulo).. While in the US, Fausto contributed to the US State Banking Departments fight against Brazilian Money Transmitters in the US use of parallel markets for the deposit of remittances in bank accounts in Brasil.