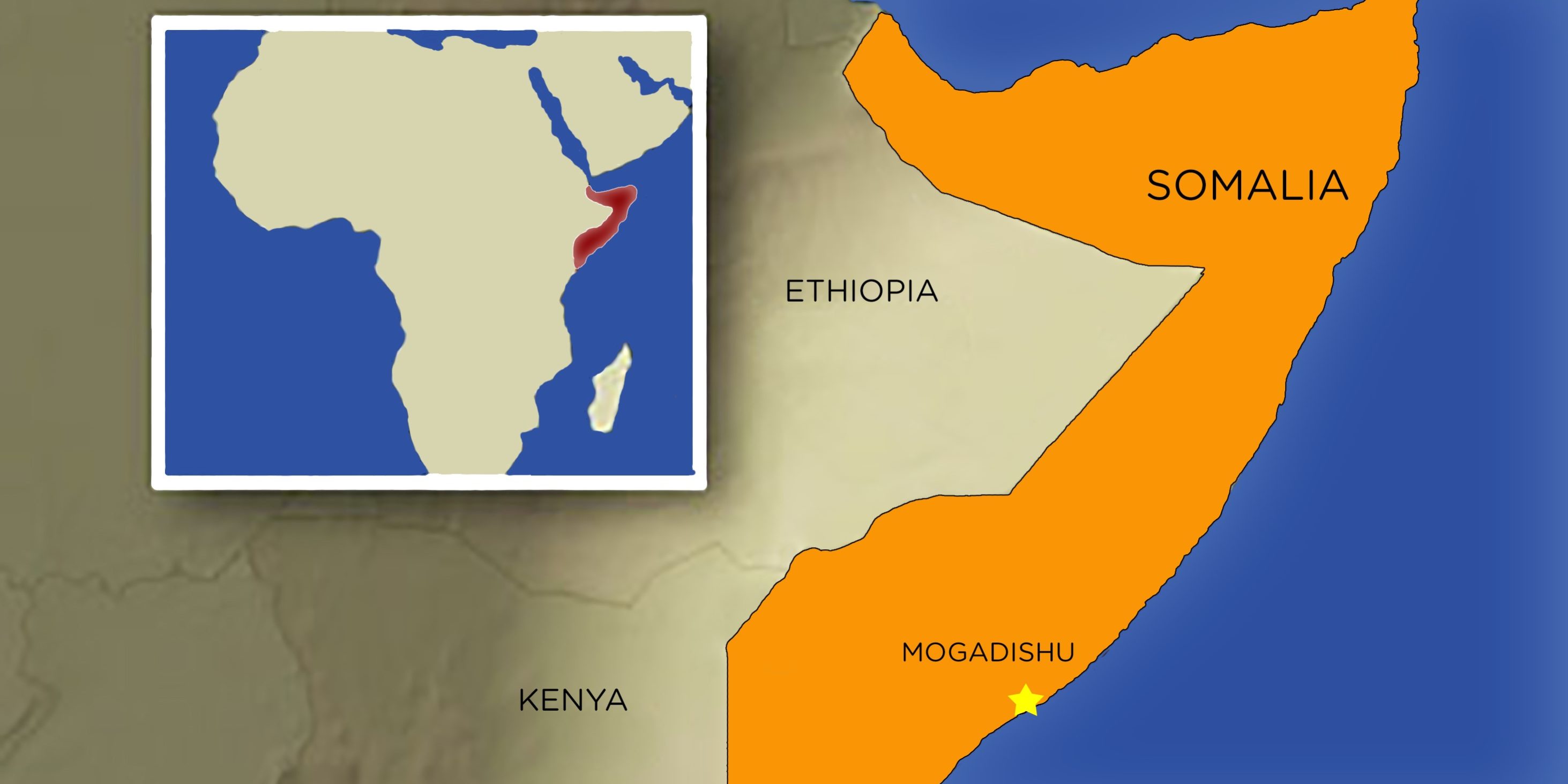 This document has been prepared
by Hugo Cuevas-Mohr,

The presentation will be updated as this is an issue that will be evolving in the months to come.

THE ESSENTIAL ROLE OF MTOs IN SOMALIA

It is important to understand that Somalia has had no central monetary authority for more than 15 years, between the outbreak of the civil war in 1991, the re-establishment of the Central Bank of Somalia in 2009 [that is still barely functioning as of 1Q 2015]. Even so, Somalia’s payment system is actually fairly advanced due primarily to the widespread existence of MTOs that have acted as informal banking networks, as the primary providers of financial services in the country. Many MTOs act as deposit-taking institutions, holding funds for customers from individuals to large organizations, even international relief agencies. MTOs have played an essential role in the delivery of cash for humanitarian relief and the larger companies in Somalia are household names and significant employers and investors in the country. They have offices in several countries where they are fully licensed, something that will happen in Somalia fairly soon if the country is able to stabilize and come up with regulated financial institutions. Banks in the country are just beginning to open or re-open (http://bit.ly/1CiDMxG)

Note: http://bit.ly/1AspVjF: Read this document as the information contained on the subject is invaluable. Published in February 2015 jointly by ADESO, The Global Center on Cooperative Security and OXFAM.

In May/July 2013 Barclays Bank announced its intentions to close the bank accounts of all but 19 MTOs of a total of 165 (254?) including all the MTOs doing remittances to Somalia. When the news hit the media there were many meetings and the issue went all the way to the UK Parliament on the 22nd of January 2014 (http://bit.ly/1AH9Sh2). At the same time, the largest Somalian MTO, Dahabshiil who had an account with Barclays for 15 years, won an interim injunction to prevent Barclays from terminating the banking services (http://bit.ly/1HU4T2i). All through 2014, there were significant “behind the scenes” political wrangling, negotiations and the creation by the UK government of the Action Group on Cross Border Remittances that includes representatives from MTOs, government, banks and civil society.

ONE WAY FORWARD IN THE UK

On 28 August 2014, the UK Treasury and HMRC (Her Majesty’s Revenue and Customs) issued joint guidance that creates a “safe harbor” for banks dealing with MTOs. This means that banks threatened with prosecution will be cleared of wrongdoing if they can show that they have undertaken due diligence and complied with the guidance. The effectiveness of this reform will ultimately be determined by the willingness of banks to re-open accounts for MTOs, which, despite the best efforts of the UK, also depends heavily on the US, as all international transfers made in US dollars are subject to US law and regulation. The UK initiative includes a specific focus on Somalia and a “Safer Corridor” Pilot was established aiming to build banks’ confidence in Somalian MTOs by strengthening MTOs KYC, AML, CTF procedures (http://bit.ly/1BJ5p25). This has been complex process of consultations with MTOs, banks, the Somalian government, and Somalis in the UK and Somalia but this initiative remains fragile.

In August 2014, Westpac Bank announced that it would be closing the bank accounts of MTOs by the end of October. Some 5,500 registered remittance entities were placed in jeopardy as well as the 25 Somalian MTOs which reportedly send over US 25 million in remittances to Somalia each year on behalf of approximately 7,500 Somali remitters (http://bit.ly/1AspVjF). The Somalis were represented by the Somali Money Remitters Association (SMRA), part of the Australian Remitters and Currency Providers Association (ARCPA). In November 2014 an open class action was filed against Westpac on the grounds of alleged unconscionable conduct. On December 2014, a court-approved settlement with Westpac granted 24 MTOs with an extension of banking facilities to March 31st, 2015. But all the other MTOs got their accounts closed

A WAY FORWARD IN AUSTRALIA?

A task-force has been set-up as an intermediary to facilitate further discussion between the remittance industry and the banks. The Australian government hosted a multi-stakeholder meeting in December between the Australian Banking Association, representatives of the four major Australian banks, MTOs, community representatives, and relevant government departments. It is still early to say if the Task Force recommendations will have long term effects beyond the 31st of March and accounts will be reopened.

THE US SOMALIAN REMITTANCE CRISIS

In the US, the crisis has two distinctive chapters. The first occurred in 2011-2012, after two years of bank account closures that resulted in the January 2012 protests of Somali and Oromo (another ethnic group mostly present in Ethiopia) protesters outside the Minnesota State Capitol accompanied by local politicians. There were chants, speeches, marches; the community came forward to demonstrate. Sunrise Community Banks, the last Minnesota bank to work with Somali-owned MTOs had closed bank accounts on December 30 and froze their funds (http://bit.ly/1GILgsX). Some MTOs were able to get bank accounts at other institutions outside of the state.

The second chapter began in May 2014 when the only bank left banking Somalian MTOs, Merchants Bank of California, decided to stop.  The bank announced that, in an effort to reduce its risk profile in light of US regulators scrutiny, it would be closing the accounts of Somali MTOs. But in stark contrast to other Banks, Merchants held extensive consultations “postponing the account closures. Merchants CEO Daniel Roberts visited the United Arab Emirates and Djibouti to interview Somali MTO compliance officers and learn more about their customer due diligence mechanisms. After offering specific feedback on how to improve each Somali MTO’s systems, Merchants reversed course and attempted to maintain their accounts. But in view of the consent order signed with the US regulator, the Office of the Comptroller of the Currency (OCC) over its Bank Secrecy Act compliance in June 2014, and in order to lower its risk exposure, the Bank decided to close, in January 2015, the accounts of a large number of MTOs, including all Somalian MTOs. “It is clear that the bank had gone above and beyond its obligations under the law [to maintain the bank accounts]” wrote the joint Adeso – Global Center for Cooperative Security – Oxfam International report mentioned before.

A WAY FORWARD IN THE US?

We have heard a number of statements by US regulators [US Treasury, FinCEN, OCC, FDIC] on their concern over Bank Discontinuance of MTOs and other MSBs in the United States. There is no question on the sincerity of the US regulators’ concerns. But concern has not turned into action. At least not yet. US Congressmen Keith Ellison, told the Minnesota Daily in the first week of March (http://bit.ly/1AsCWcT): “[The OCC’s] job is to stop terrorist money from flowing”. Somalia may crumble … but hey, it wasn’t [the OCC’s] fault because no terrorist money went there.” Meetings are supposedly taking place but nobody’s talking.

AND, WHAT IS HAPPENING NOW IN SOMALIA?

The country is struggling to form a stable government. Peace deals between local ethnic and regional groups are still weak but most experts are cautiously optimistic. The US named its first ambassador in more than 15-20 years, (http://bit.ly/1BtMDXT) a sign of confidence in the coalition government. The International Monetary Fund (IMF) launched a multi-donor trust fund to help Somalia improve fiscal operations, central banking, and statistical systems over the next three years (http://bit.ly/19pphgh). Al-Shabaab militants keep attacking government buildings and plating bombs trying to derail any stability and international agreements that will result in an increase alliance against them. Everyone in the international community agrees that remittances are the basis for economic stability of the country and the formalization of a working payment system

How real is the “fear” of Somali terrorist financing in the US? It has been reported that more than 20 Minneapolis residents have joined Al-Shabaab, and several others have joined the Islamic State since 2007 (http://on.mash.to/1HUKf1T), and that the terrorist group is urging attacks on Malls in the US. In 2013 a San Diego Jury convicted four Somali immigrants for providing support to Al-Shabaab; one of them worked in a now closed MTO called Shidaal Express (http://1.usa.gov/1AJedjR). So, we can’t deny the “fear” and the concerns are real.

So the questions becomes: Isn’t it better to work together, government, banks and MTOs to devise ways to increase supervision and transparency in order to design alerts, reports, controls, instead of pushing remittances away from the financial system?

A new government-community program in Minnesota might be a step in the right direction. It was reported that Minneapolis was recently selected to be one of the 3 cities that will receive federal funding to combat terrorist recruitment. The program is called “Building Community Resilience,” and it will allocate $15 million in federal grants and private donations toward deterring Minneapolis youth from joining foreign terror organizations (http://bit.ly/1Ga4vLN). Of course, an activist was quoted saying: “too much mistrust exists between the DOJ and local communities to ensure cooperation between the two”. Maybe MTOs, banks and the DOJ have also too much mistrust in between to cooperate positively.

We quoted in the past George Monbiot’s article in UK’s The Guardian newspaper (http://bit.ly/1z9J09v) and its incendiary title of “The careless, astonishing cruelty of Barack Obama’s government” criticizing the US government’s creation of the Somalian Remittance Crisis. In a Blog (http://bit.ly/19poAnf) by research institutions in Africa and the US, commenting on Monbiot’s article, this statement caught my eye: “the very act of welcoming Somalis and other Africans in the so-called developed world is assumed to be an act of generosity, a humanitarian gesture. When the unsuspecting benefactor allows the immigrant to send money home, it is then another humanitarian act”. I strongly feel that sending remittances is a human right, providing for your family is a human right. And it is our job, all of us that are involved with the industry, to ensure that this right is preserved, defended and made safer, faster, less costly and transparent as we move forward in the road of creating financial systems for all, especially the ones that needed the most.

I am not going to make a list of recommendation (and I am not qualified to do so) but I do want to echo the recommendations that Scott Paul (Oxfam) and Anne-Marie Schryer-Roy (Adeso) with Ben Murphy and Ed Pomfret (Oxfam) outlined in their document entitled “HANGING BY A THREAD: The ongoing threat to Somalia’s remittance lifeline” (http://bit.ly/1AspVjF) that I have used as the basis for this paper, and that was published in February 2015 by Adeso, Oxfam and the Global Center on Cooperative Security. Their recommendations are sound, well-conceived and worth disseminating.

A summary of their recommendations is here:

YOUR COMMENTS ARE VALUABLE

Please send us your comments and opinions; we really value your contributions. The Money Transfer Industry gets stronger and resilient with the open sharing of insights & information. You can do it in our Linkedin Post, or our Finextra Post where this document has been posted. Please join our Linkedin Group.