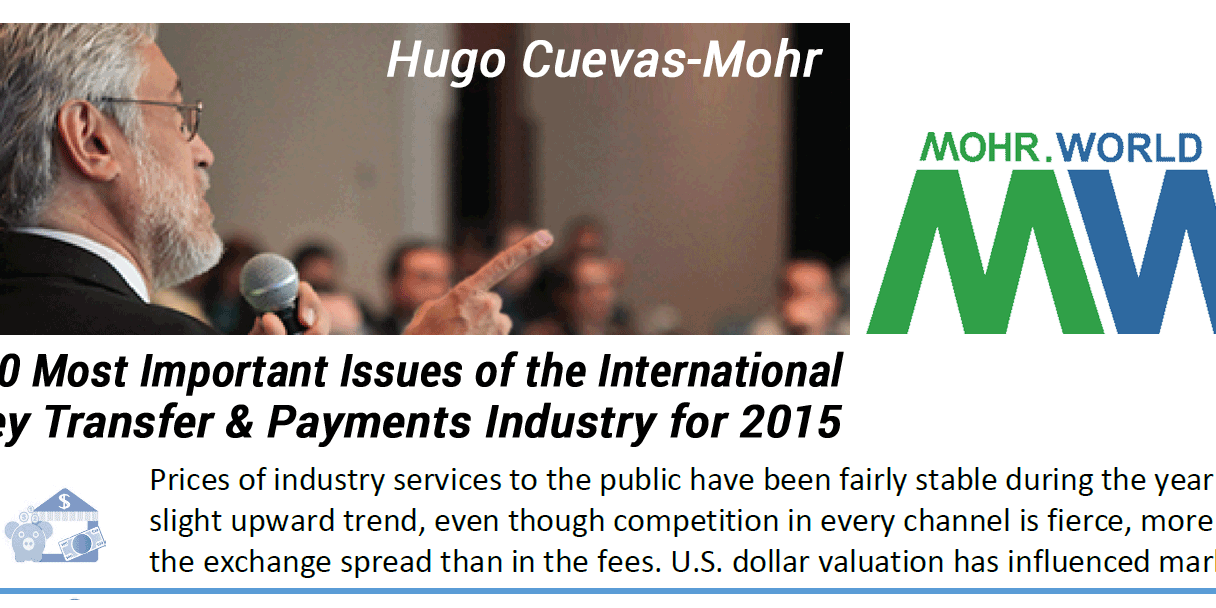 The Migration and Development Brief 25, published by The World Bank and KNOMAD in October 2015, included this chart which shows the relative stability of the cost of sending $200 USD in 2014 and 2015. Dollar valuation impacts the cost of remittances, as was discussed in the IMTC WORLD roundtables. The Brief also gives us a detailed analysis on the effects of dollar valuation and its impact on remittances, “The impact of slow growth on remittance outflows measured in dollars is compounded by the valuation effects of the U.S. dollar appreciation against the currencies of remittance-source countries, especially the ruble.”

When the exchange rate in the paying country rises continuously, the exchange rate price competition subsides and volume sent increases. The Brief further ads that Euro Depreciation (around 20%) contributed to the projected two percentage point decline in the growth rate of remittances in dollar terms to the Middle East and North Africa, where countries receive substantial remittances from Europe. Euro depreciation also affected remittances to Latin America and the Caribbean and to Sub-Saharan Africa, to a more limited extent.

It is interesting that remittances to Albania fell by 2.5% and to Morocco by 13.9%, while remittances to Romania rose by 1.9%. However, if the euro-dollar exchange rate had remained fixed at the level of 1Q 2014, then remittances would have increased by 21% for Albania, 6.9% for Morocco, and 26.4% for Romania.

The Remittance Prices Worldwide (RPW) Issue #16 of December 2015 gives us additional information that should be taken in consideration by anyone analyzing the industry.

The Growth of Migrant Services
October 21, 2019
Are you a PNET Member?