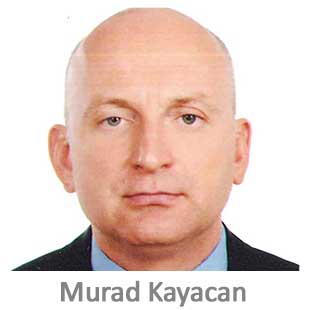 Parallel with his official duties, he was assigned as ISE Representative in CMB-ISE Mutual Working Group for Derivatives Exchanges on Commodities and Financial Instruments (1995) and also in the Founding Committee of Izmir Futures and Options Exchange (IZVOP) as first national organized derivatives exchange initiative (1995-96).

He was involved in critical projects for Turkish Capital Markets as part as his work with ISE such as the transition from Manuel Trading to Electronic Trading System of Equities Market in 1993, structuring a working financial derivatives market from 1994 to 1997 and structuring the first national commodity derivatives trading exchange as a member at the Founding Committee of Izmir Future and Options Exchange (1995 – 1996)

As a senior auditor with an Independent Auditor License of Public Oversight, Accounting and Auditing Standards Authority (KGS), he leverages his capital markets and legal expertise with his risk assessment and auditing capacity, consulting for different institutions in Turkey. He is also consulting in Compliance/Internal Audit/Risk Assessment.