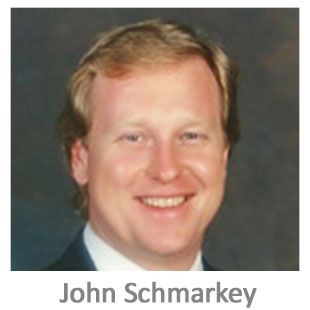 John has over thirty years of experience in complex financial crime investigations and law enforcement instruction. He served twenty seven years as a Special Agent, for U.S. Treasury, Internal Revenue Service, Criminal Investigation, retiring June 30, 2011. He subsequently served as a Senior Instructor at the Federal Law Enforcement Training Center, where he was responsible for teaching federal agents and state and local detectives.

His area of instructional expertise is international money laundering, fraud investigations and asset forfeiture. He was the lead instructor in advanced money laundering training and served as the deputy coordinator for the Money Laundering and Asset Forfeiture Training Program (MLAFTP). He has taught hundreds of law enforcement students, both on campus at the Federal Law Enforcement Training Center, and at numerous task force training locations throughout the continental U.S. and in Puerto Rico. He also developed and taught basic financial investigations for the South West Border Anti-Money Laundering Alliance. He is an occasional guest instructor for professional groups and colleges.

John has extensive experience collaborating in international cases. He was assigned to the FBI organized crime (OC) and Joint Terrorism Task Force (JTTF) squads. While with JTTF he was assigned via the U.S. Treasury, Terrorist Finance office and the Defense Intelligence Agency (DIA) to work in Baghdad, Iraq. He has worked closely with the major American and British intelligence agencies. He also served many years supporting state and local law enforcement at the High Intensity Drug Trafficking Area (HIDTA) task force. He worked narco-terrorism matters for the U.S. Treasury “Green Quest” terrorist finance task force, collaborating with Her Majesty’s Customs and Excise service (HMCE) in the United Kingdom. He is an original member of Atlanta’s “David Wilhelm Strike Force” of the Organized Crime Drug Enforcement Task Force (OCDETF).

John is familiar with the major federal financial industry regulators and the Georgia Department of Banking and Finance. He has worked closely for many years with the Financial Crimes Enforcement Network (FinCEN). He worked closely with examiners at the Internal Revenue Service and Office of Thrift Supervision (OTS). He developed a special interest in money service businesses (MSB) He started a project in Atlanta to examine the illicit use of these facilities. This expanded to liaison with the Mexican financial intelligence unit in Mexico City. Mr. Schmarkey worked cases on site in several countries in Europe, South America, Central America, and Southwest Asia. His interest in international matters began forty years ago, when he was a linguist in Europe for the U.S. Army Security Agency, which was an arm of the National Security Agency. Other, influences included public accounting internships and management experience in manufacturing, during and immediately after college. He attended the Birmingham School of Law briefly. He was a top graduate in his class at the U.S. Defense Language Institute. He has a Bachelor of Science in accounting from the University of Alabama in Birmingham. He is a proud member of the Veterans of Foreign Wars (VFW) and professional organizations, including: ACFE, ACAMS, and ACFCS. He is honored to be a Co-Chairman of the Atlanta Chapter of ACAMS and “Board Member Emeritus” of Georgia Chapter, ACFE.