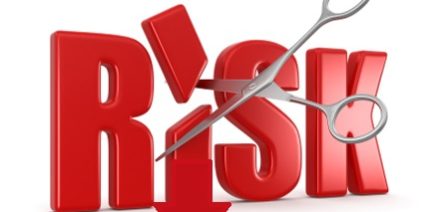 On De-Risking, Recent Bank Account Closures, The Somalian Remittance Crisis and the loud calls to try to resolve the MSB Bank Discontinuance crisis in the US (and UK, Australia… and almost everywhere)

In English, a “moving target” is when you set your expectation for something – some task, some desirable outcome, a target, and then when it is met you ‘move the target’ and set another expectation. It means that the person or entity you have set the expectation for is never able to fulfill it, never reaching the target. And “De-Risking” is fast becoming a moving target.

The Society for Risk Analysis states: “Risk analysis is broadly defined to include risk assessment, risk characterization, risk communication, risk management, and policy relating to risk, in the context of risks of concern to individuals, to public- and private-sector organizations, and to society at a local, regional, national, or global level“. Is quite a broad and very inexact science that all of us in the Financial Services area are trying all the time to define and manage.

In a keynote address delivered by Shri Harun R Khan, Deputy Governor of the Reserve Bank of India at the CII National Risk Summit 2015 in Mumbay yesterday (2/10/2015) on De-risking the Future of India Inc. (http://bit.ly/1ymhQuT) made some very interesting remarks. I quote this one: “In the present context, probably it is the zeitgeist that drives us crazy. Having seen the massive impact of the global financial crisis, we may want to take a pledge to de-risk the future. Peter Bernstein, the American financial historian, had an interesting perspective; according to him, “Risk and time are opposite sides of the same coin, for if there were no tomorrow there would be no risk. Time transforms risk, and the nature of risk is shaped by the time horizon: the future is the playing field. Hence, our approach should be to ensure risk compatibility over time rather than trying to de-risk the future. In fact, a fanatic commitment to risk aversion could itself be a risk that businesses might face in any post-crisis period“.

With so many Bank Account closures of MTOs and MSBs in the US and their ripple effect in other countries, maybe is not time to get philosophical. The news of Merchants Bank’s closures of the accounts of Somali MTOs have made the news news (see bottom links) because the media feels that it is the most shocking. But the calls all this week that I have received from a large number of other MTOs that have received discontinuance letters is very sad. For once I don’t see those companies blaming the Bank for those decisions; I guess the industry is realizing that the circumstances are forcing those decisions and they are not just “an easy way out“.

A young male compliance officer once told me: “if I can’t convince my wife that I don’t take risks with my son when I take him to play in the playground,do you think I can convince a regulator?“. The group laughed with his remark. But I kept thinking that he was right in so many ways.

When Ethnic MTOs lose their accounts because they send money to high-risk regions, like the Middle-East, Central Asia and even Western Europe or India (India? really?) their reaction is always very similar. Like a muslim-american MTO owner angrily told me: “Don’t you think, Hugo, that I am more knowledgeable than a main-stream bank or a large institution to pinpoint suspicious transactions and odd movements of money than them? I know my people, do you think that a regulator is going to teach me how to manage my risk? I can teach them! But, no, it is safer to shut me down because they don’t trust me, they don’t trust that I am as american as they are and that I am willing to help if they let me“. Frustration by migrant groups, small ethnic or minority companies, is understandably building up.

Mistaken reporters hurt the dialogue. In ABCNews, on a news by Abdi Guled of the Associated Press the title of the article reads: “US Bank Shuts Down Informal Remittances to Somalia“(http://abcn.ws/1Afi8I3). There is nothing informal about the companies that lost their bank accounts; they are licensed money transmitters in every state where they offer services, regulated and audited by the state, by federal regulators, by independent reviewers.

I am going to mention again Professor Supriya Singh’s excellent article on the cultural reasons why US, UK and now Australia’s society doesn’t understand remittances (http://t.co/5buFTLlluH). There is a deep mistrust in migrants and all the reasons why a migrant sends so much money home, or why it needs to go to an ethnic MTO instead of a Bank or a large company to send money. The migrant mistrust is all around us. You probably trust much more a large corporation on a shiny building that a small ethnic company in a strip mall, in a neighborhood that is run down and dirty. Maybe is human nature: we don’t trust what is not familiar to us. By the way, Prof. Singh is a migrant in Australia, she teaches Sociology of Communications at the Graduate School of Business & Law at RMIT University in Melbourne.

Worker’s Remittances are probably 98% or 99% percent genuine family supporting donations of relatives that are bound by cultural reasons to help and contribute to the well being of the group. And the Money Transfer Industry has been working very hard, for many years, to lower costs, to enhance AML/CTF/BSA controls, develop systems, procedures, train employees, agents (even customers on the needs to use formal channels), work together with “MSB friendly banks” on teaching them how the industry manages risks. Why destroy all that has been gained since 2001? How can the industry and the few Banks that bank the industry manage this moving target? How can regulators become a helping hand with a “let’s work together” attitude towards the problem? Am I being too naive?

Sonia Plaza from the World Bank stated this past December (12/14 – http://bit.ly/1ApLyEP) in the excellent Blog “People Move” from Remittance Expert Dilip Ratha: “There is need to develop a fair regulation for high volume, low-value transactions“. In the same blog she said: “Although the goal of the G-20 is to reduce remittance costs, the closing of bank accounts is having the opposite effect. For example, in Australia where three of the four commercial banks closed the accounts of money service providers, the cost of remittances have increased by 2 points in one year”. And let’s be honest; the higher the costs of “formal remittances“, the more “informal remittances” become attractive for consumers.

In my blog about the Treasury Meeting on 1/13/15 I said (http://bit.ly/14ZyUjJ): “Most of us felt that it was a genuine effort from Treasury to bring together MSBs and regulators and discuss the Bank Discontinuance issue. The Roundtable tried to include the views from MSB companies, representative organizations and banks, insisting on attendees coming forward and expressing their views. As a first step, the meeting can be considered successful. That is my opinion. If this is it, I understand the feeling of frustration by a number of industry attendees”. We need practical solutions, concrete steps. I agree with the letter (http://1.usa.gov/171O5cq) sent on 2/6/14 to Mr. Kerry, the US Secretary of State, by 12 members of the US Congress and cced to FinCEN, the CFPB, Treasury, FDIC, Federal Reserve, OCC, the National Credit Union Administration and the National Security Advisor, where it says: “We believe it is critical that every federal agency with jurisdiction on this issue must work toward formulating a sustainable framework for remittance payments as quickly as possible“. As I expressed to Scott Reckard, a reporter of the LA Times today: “I think is a bit too late for all the small ethnic companies that will certainly close the doors after this round of account closures“.

George Monbiot, a freelancer for The Guardian in London, lashed out yesterday (2/10/15) at Obama, the US Government and the OCC in his article “Unremitting Pain” (http://bit.ly/1z9J09v ) says: “Last Friday, after the OCC had sent it a cease-and-desist order, the last bank in the United States still processing money transfers to Somalia closed its service. The agency, which reports to the US treasury, reasoned that some of this money might find its way into the hands of the Somali terrorist group al-Shabaab. It’s true that some of it might, just as some resources in any nation will find their way into the hands of criminals (ask HSBC). So why don’t we shut down the phone networks to hamper terrorism?”.

Mr. Monbiot probably shares Prof. Singh’s ideas but, being British, is much more blunt in saying: “So the US government fails to prosecute the illegal transfer of billions of dollars [HSBC], in order to protect American jobs, while sentencing people in the Horn of Africa to death because of the illegal transfer of a few thousand. There is a word for these double standards: racism”.

To conclude in a less somber note, Martin Wheatley, chief executive of UK’s Financial Conduct Authority (FCA) said today that “the FCA had held talks with U.S. regulators and that an international response was needed” (http://reut.rs/1EdikYG). Wheatley also said he would like to see some “signalling” from the U.S. authorities on how the rules should be applied.”They have made a number of statements in the last four of five months in recognizing this issue, getting it on the table. That’s quite different from finding a solution… We don’t have a silver bullet,” Wheatley said. The article ends with this statement: “It was unclear if banks, some of which have been hit by heavy fines for breaching anti-money laundering rules, were using the new rules as an excuse to avoid customers”.

Note: Merchants Bank, as well as other Banks that provide services to the Money Transfer Industry participate in our IMTC Conferences, as attendees, sponsors, exhibitors, speakers or panelists.

Vox: 2/13/15 – A clumsy US effort to de-fund terrorists is creating a humanitarian crisis in Somalia – http://bit.ly/1FTXejn)

CHILE: WHERE MIGRANTS BECOME AN EVERYDAY SURPRISE
February 13, 2018
Are you a PNET Member?