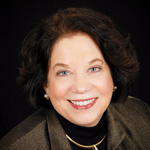 Christine E. Carnavos is President of CEC Consulting LLC which provides AML, BSA and compliance consulting services to MSB’s and other financial services companies. With over 15 years experience as a lawyer in Washington, O.C. advising on regulatory and enforcement matters, she also served as SVP – Compliance and Counsel at Western Union from 2003 to 2008. She previously was Executive Associate Director at FinCEN heading the Office of Compliance & Regulatory Enforcement (1998-2002) and Chief Compliance Officer at PNC Financial (1993-1998).