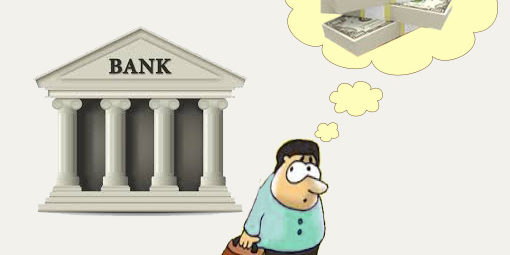 Bank Discontinuance of MTOs in Australia has been in the news for a couple of weeks and all the small and medium sized companies in the country are being forced to shutdown because all the major banks have been closing their accounts and letters of discontinuance have been sent to the 5,000+ MTOs in the country*. This is just another round in a worldwide problem.
You can read several articles on the situation in Australia; check this one http://bit.ly/1uQctHe for example)
MTOs have launched the Remittance and Currency Providers Association, ARPAC, to represent them and to look for ways to get government support and find solutions (see http://ab.co/1xQlj9Z). We praise their effort. The UKMTA association lead the industry’s effort in UK when the Barclay’s situation came up in UK in 2013 (http://bit.ly/1toUhPp).

Please read Professor Supriya Singh’s excellent article on the cultural reasons why US, UK and now Australia’s society doesn’t understand remittances and how that lack of understanding produces the situations that we are experiencing as an industry serving misunderstood and under-appreciated migrants. Prof. Singh teaches Sociology of Communications at the Graduate School of Business & Law at RMIT University in Melbourne. http://t.co/5buFTLlluH

Let’s not forget that at the same time the G20 met in Australia (Nov 15 & 16) and politicians made statements highlighting the importance of remittances and insisting on the need to continue the pressure on lowering the cost of remittances to migrants (see the signed agreement, page 3 item #11 http://bit.ly/1rdoh13) while governments at the same time have begun an increased push to tax these remittances, at the point of origin and at the destination (India: http://bit.ly/1uQdeQq ; El Salvador: http://t.co/fV5x0GuXID).

The World Bank is telling politicians that this is “not a good idea” (http://bit.ly/1xmIfsj) but anti-migrant politicians feel that using the millions sent home as a way to gather political capital. Conservatives in the United States are ready to seek a federal tax on remittances. Republican U.S. Senator David Vitter is pushing the US Congress to pass regulation to impose a fee to remittance senders who cannot show proof of legal status in the US and use the money collected to enhance border security.(http://1.usa.gov/1rdxnuF). The Republican Congresswoman in the US, Michele Bachmann declared: “Tax illegals ‘100 percent’ on money they send abroad” (see http://bit.ly/1C18Naw).

Why politicians in the receiving countries want to tax remittances is surprising. I guess they just feel they have discovered a way to tax the poor. Like an MTO executive wrote to me this week: “Is this a dis-jointed world we live in or plain hypocrisy?”

*Note: Several sources link the Australian Bank Account closings to the fear of terrorism financing using MTOs after the closing in September of Bisotel Rieh a Lakemba money transfer business owned by the sister of Sydney terrorist Khaled Sharrouf (http://bit.ly/1E0Av8i),

Dec 22,2014: Mitry Lawyers in Australia have been instructed by Australian MTOs grouped together by ARPAC to pursue a class action against Westpac in relation to the proposed closures of bank accounts held at this bank. .

I would love to read your comments on this post; you can do it in our LinkedIn post here: http://linkd.in/1zesIwX