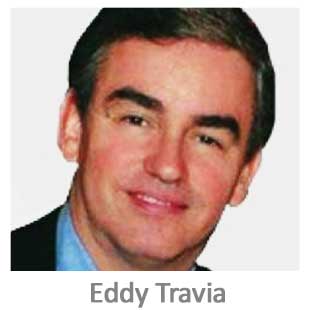 Eddy, who has been living in China and Hong Kong for the past ten years, is the co-founder & Chief Start Up Officer of Seedcoin, a startup incubator since mid-2013. Seedcoin is now a fully owned subsidiary of London-based Coinsilium where Eddy is the CEO. Coinsilium is a fintech company focusing on blockchain technology. Seedcoin’s mission is to help Bitcoin and Blockchain startups in the development of their services and products around the world. Seedcoin startups include wallets, exchanges, trading platforms, payment processors and software companies.

As part of his work in the Blockchain world he is the Chairman of the Board of meXBT / Crypto Exchange of the Americas, a leading Mexican Bitcoin exchange in Mexico offering a professional investment grade trading platform. Eddy is also a Board Member and Non-Executive Director of CoinSimple in Hong Kong, a Bitcoin e-Commerce, Direct to Wallet service. He is also the Strategic Advisor of Btc.sx is the world’s first bitcoin-only derivatives platform, based in London.

Previous to that Eddy worked for four years as the Executive Director of the Sinoshore Group a Hong Kong based Investment advisory firm after successful working in Shanghai and Beijing with the China Reference Fund and CGL, a China-focused investment company.