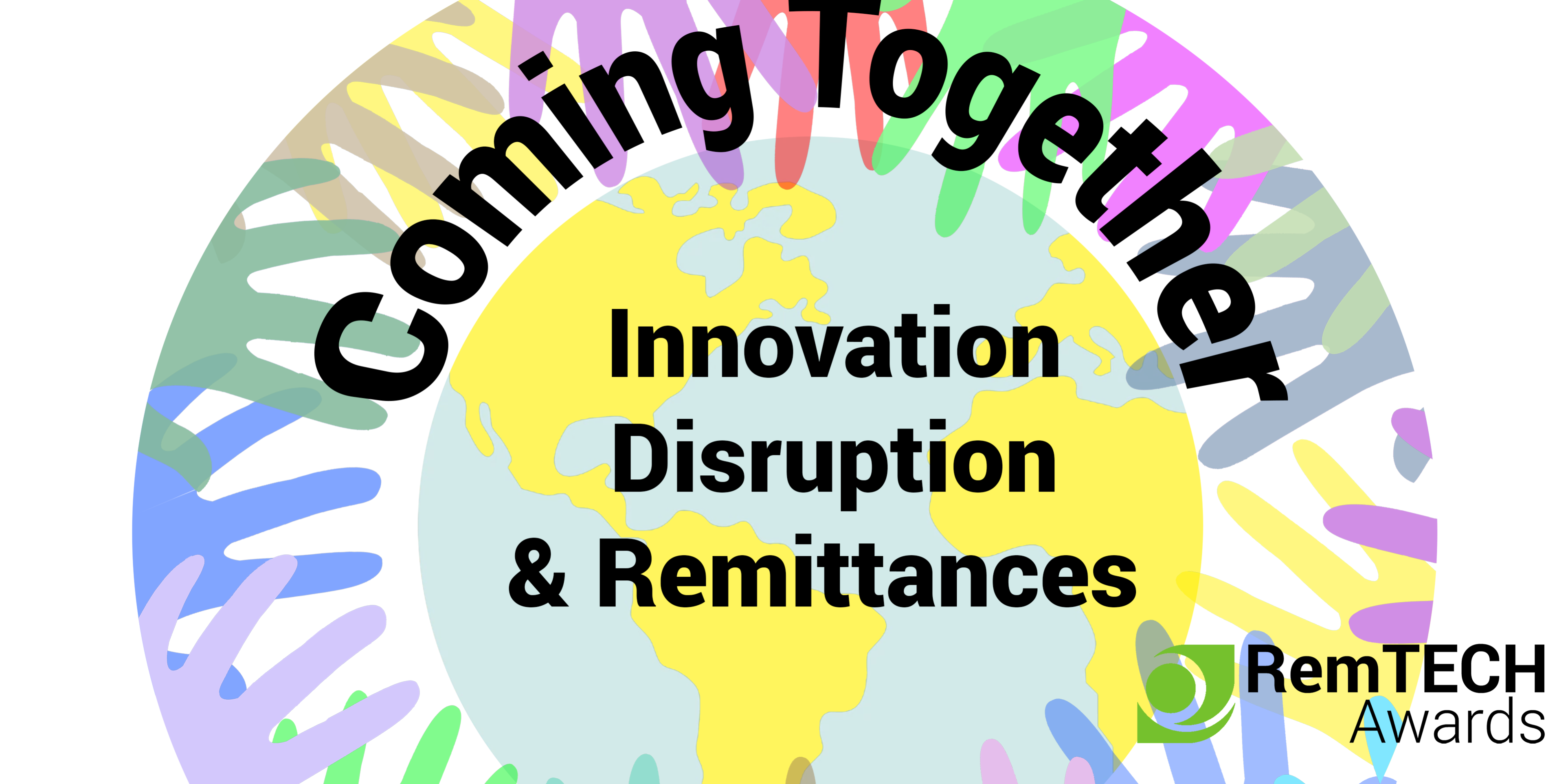 I did a research these past few days trying to find out when the first articles and news about the disruption of remittances by the fintech revolution were published. I could not find any before 2010, the year when the first IMTC Conference took place in Miami. The first articles have dates dating to 2011 & 2012. That made me analyze our commitment to innovation since we began the IMTC events.

We had one of the earlier promoters of bitcoin, the controversial and charismatic Roger Ver in 2012, speaking about cryptocurrencies for the first time. I think most of us that heard him were very intrigued but didn’t understand the significance of cryptocurrencies at the time. From 2013-2016 there were many articles in the media about how new startups were going to disrupt the money transfer and remittances industry using crypto and blockchain. The articles have quieted down as journalists understand that innovation and disruption, is a slow process. How fast? How slow? Is it Evolution, Revolution or Disruption? Those are great questions, but let’s say that each one takes some time. The financial services industry is in a continuous progressive wave; some can ride it and some fall. Some can also stand up on a new board, and ride it again, succeeding in their first or second try.

When the fintech revolution vogue began, I was very interested in how it was going to change the industry that I had been part of since 1987. I saw how the Fax changed the industry in the 90s and the internet in the first decade of this century.

I remember when in 2012, Xoom came to IMTC, and many people from the industry made sarcastic remarks about how it was going to be a failure for “trying to get customers to use cards online” to send money transfers. Some were smart to pay attention and partnered with Xoom from the very beginning. Xoom was founded in 2001, but it took several years for the company to finetune its target. The company went public in 2013 and was purchased in 2015 by PayPal when it was valued at $1B. For most fintechs nowadays, Xoom is a granddaddy of the industry! For the saveonsend blog it is “The Disruptor that Wasn’t”; but Xoom was a trailblazer, and now in the hands of PayPal seems to have kept its momentum.

OpenCoin came to IMTC in 2013 for the first time, as Ripple Labs. They were Sponsors that year, and at their booth in that first event, they did their best to explain to the money transfer industry what they were all about. I think it took me a couple of panels and roundtables to understand what Ripple’s idea was and how they were important for the industry. Ripple has found many partners in the industry, it is valued at more than $10 B and recently invested more than 50 million in MoneyGram.

TransferWise was the new kid on the block when it came to IMTC WORLD in Miami in 2015. Kristo Käärmann and Taavet Hinrikus, Estonians in London, founded the company in 2011. I remember how they presented themselves in 2015 as a digital hawala, which sent waves through the IMTC crowd. You couldn’t expect less from seasoned colleagues who were vilified in the 80s by doing “compensation,” the basis of hawala, and who had fought for more than 20 years to get financial institutions and regulators to look at them as serious and compliant business people. Our Estonian colleague was so tall that the microphone in our podium was too short for him, so he opened his legs wide instead of being bent over, and delivered a very pragmatic and imposing presentation. Early partners of the company were wise to see the opportunity. TransferWise has become the most valuable fintech firm in Europe, at $3.5B surpassing U.K. digital lender OakNorth, which is valued at $2.8 billion. Check TransferWise: Rebel, What is Your Cause? in the saveonsend blog.

The same goes for Azimo when it came in 2013 or WorldRemit and Remitly when they came in 2014. Many other fintechs have come to IMTC, very early in their path, and have grown successfully partnering with the industry. I am sorry I am not mentioning all of them here. I can think of Regalli (which became Arcus), Contact, Bloom, Coins.ph, Tranglo, Bitso, Bitstop, and many more.

I can’t say that all IMTC participants paid attention to Xoom, to Ripple, to TransferWise, WorldRemit, Remitly, when they first came to IMTC. In 2016 we came up with the idea of the RemTECH Awards; we wanted to highlight all the startups that are doing creative things in remittances, that are thinking outside of the box, using new technologies -or “old” technologies with a new twist. We will always be grateful when Pedro de Vasconcelos, the heart behind IFAD and the GFRID, The Global Forum of Remittances, Investment and Development, invited us to present the first RemTECH Awards in New York in the United Nations as part of GFRID2017. That year Azimo, M-Pesa, Xoom, Bitso, AirPocket, Everex, ComplyAdvantage were some of the winners. A year later, in Kuala Lumpur at the GFRID2018, we had our second RemTECH Awards.

This year, we had grand plans with IFAD to do the RemTECH Awards 2020 in Kenya this June, but COVID-19 came around, and IFAD postponed the event for June 14-16, 2021. We decided to hold the Awards this year as a commitment to the entrants that had already submitted their applications —more about this below.

After the first weeks of the pandemic, when we were still getting a sense of what was coming on top of us, Pedro de Vasconcelos made the call on March 24 to create the Remittance Community Task Force (RCTF). Leon Isaacs has led the private sector workstream, where I have cooperated with many other colleagues. More than 35 partner organizations have rallied around this work, and the recommendation for key actions is soon to be released. Check the Briefs at the bottom of the RCTF page.

To gather information for the RCTF, I had conversations with fintechs and startups on the impact of the pandemic on remittances and the lives of migrants. I quickly realized that the discussions with most innovators veered, not to the effect of COVID19 on their activities, but to the inherent structural problems that the industry faces. Most of these structural problems are related to regulations. In many countries, it is challenging to develop new digital ideas, while the other permanent complaint is the problematic relationship with banking institutions and payment processors. Both issues were discussed by the RCTF and are part of its key actions.

At the same time, bank partnerships with remittance service providers -MTOs, fintechs, etc., are at an all-time high. In our last IMTC WORLD 2019 in Miami, we had the highest number of banks present ever. Most of these banks come from countries where remittances are crucial to their economies and where banks play an essential role in managing payment options to remittance families. The problem with Banks and Payment Processors lies mostly in the sending countries, where banks are extremely risk-averse or fail to see the importance of serving the cross-border payment industry. It has been indicated by many that in some countries, there are anti-competitive reasons for banks not to engage with the industry, and regulators have not been effective in developing fair practices between their licensed entities.

Let’s go back to our commitment to innovation and the RemTECH Awards 2020. With the GFRID moved to 2021 and after considering all options, we felt the duty to showcase all of the amazing innovations that have entered so far and bring them to the spotlight, more so in this time when we need to help each other and rally together. Since we had already decided that our IMTC WORLD 2020 event was a go, it was a no brainer. Meetings with the Hyatt Regency Hotel in Downtown Miami where we will host the Conference and Awards and seeing the slow and reassuring opening of the City of Miami, we are happy that the industry can meet at least one time this year in Miami on November 16-19. Registrations will open in July.

But we need your participation in the Awards! Please help us find the innovators, the startups, the fintechs, and the seasoned companies that are coming with creative ideas to solve problems, create products and services, bring solutions, or better serve customers. More than ever, the RemTECH Awards are on the search for financial industry pacesetters with innovative and creative ideas that can improve remittance services. Please submit your application before the deadline August 4.

And last, join us this Thursday, June 25 at 11 am EST – 17:00 GMT for the Virtual Roundtable: “Coming together: Innovation & Remittances” that I will moderate. Developed primarily for fintechs, innovators, and RemTECH Awards participants, we will introduce participants to the international initiatives to foster innovation. We will talk about the efforts of IFAD, the WorldBank, the RCTF, the FFR, the GFRID, the RemTECH Awards, and the International Day of Family Remittances, which we celebrate June 16. We will hear first-hand stories from invited innovators too. Reach out if you want to be invited!

No one owns it: Leaf’s case for blockchain technology and fair competition to drive remittance prices down
June 15, 2020

Money Transfer & Payments Companies BC and AC: Interview with Luis Cambronero
June 15, 2020
Are you a PNET Member?