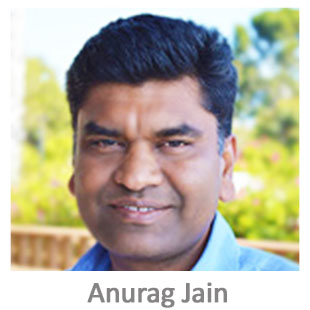 New Delhi native Anurag Jain was newly married and didn’t want to be separated from his wife, so he followed her to the United States when she was offered a post-doctoral fellowship. Although a trained telecom engineer, he took a job with an Indian company that ran a call center plus a portal called GiftstoIndia.com a gift giving website for Indian software developers. While working there he discovered a business opportunity in exploiting the excess airtime of mobile telephone providers, and he left his employer to start his own business called MagicPins that evolved to become Prepay Nation, a Cross Border Value transfer company.
He holds a EMTM, Technology Management from the University of Pennsylvania – The Wharton School (2006), ICFAI Business School in CFA, Finance in 1997 and a Bachelor of Eng, Telecom from Babasaheb Bhimrao Ambedkar University.